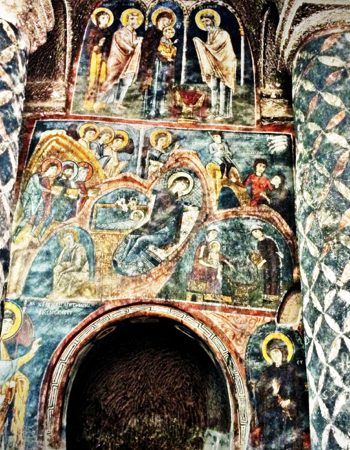 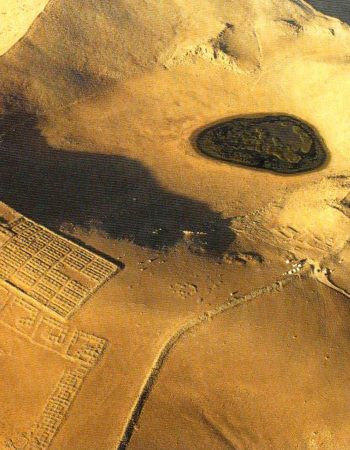 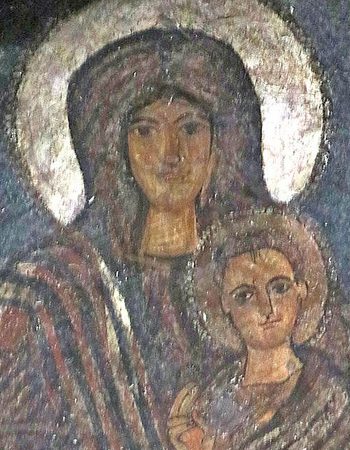 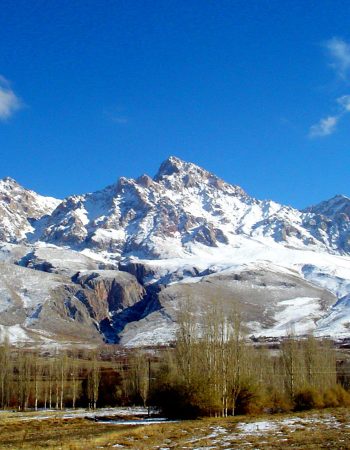 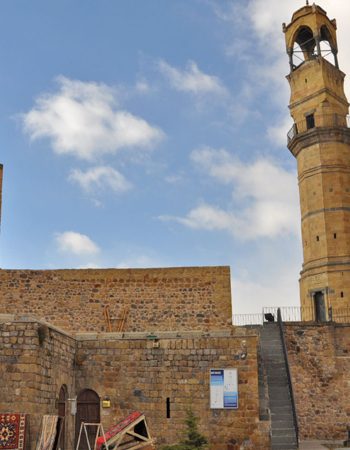 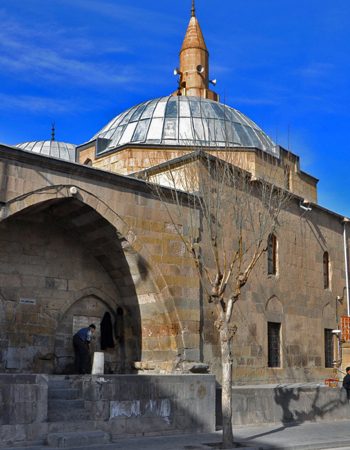 Nigde, 85 km south of Nevsehir, was built by the Seljuks. Backed by snow-capped mountains, it’s a farming center with a small but fine selection of historic buildings, including a mosque built by the Mongols. East of the town is the ancient rock-hewn monastery of Eski Gumusler, with the best-preserved paintings in Cappadocia.

The Alaattin Mosque (1223), a Seljuk work on the hill with the fortress and clock tower is the town’s grandest mosque. The Alaattin Mosque undoubtedly occupies a place of special importance among the buildings of this period. We learn from the inscription that it was built in 1223 by Zeyrettin Basara, whose very valuable contribution to the city we have already touched upon. The eastern portal comprises several elements of stone carving developed in the Seljuk period, such as the human faces included in the geometric decoration and the architectural inscription giving tee names of the master-craftsman Mahmut oğlu Siddik and his brother Gazi.

The Sungur Bey Camii at the foot of the hill by the marketplace is one of the city’s most interesting building. Built by the Seljuks but restored by the Mongols in 1335, the Sungur Bey Camii is a curious and affecting blend of architectures. The embellished windows at ground level differ in style one from another. On the upper storey, blind lancet arches take the place of windows. The rose window above the north window bears a six-pointed ‘Star of David’, a motif used elsewhere in the building. The big, solid, square doors are finely carved.

The Ak Medrese (1409) is now the town’s museum, where pride of place is given to the mummy of a blonde nun discovered in the 1960s in the Ihlara Valley, and thought to be 1000 years old.

The Hudavend Hatun Turbesi (1312), built of hewn stone with an octagonal interior surmounted by a sixteen-sided pyramidal dome, was erected in 1312 during the time of the İlhanid governor Sungur Agha by the Seljuk princess Hudavend Hatun, daughter of Kilicarslan IV. The treatment of all the wall surfaces, beginning from the surrounds of the door and windows, and the symbolic significance of the various human and animal figures indicate that we are in the presence of a very interesting experiment. This kumbet (tomb) is a fine example of Seljuk tomb with a very beautiful portal; the Dis Cami is an Ottoman mosque with a carved mimber inlaid with-of-pearl. 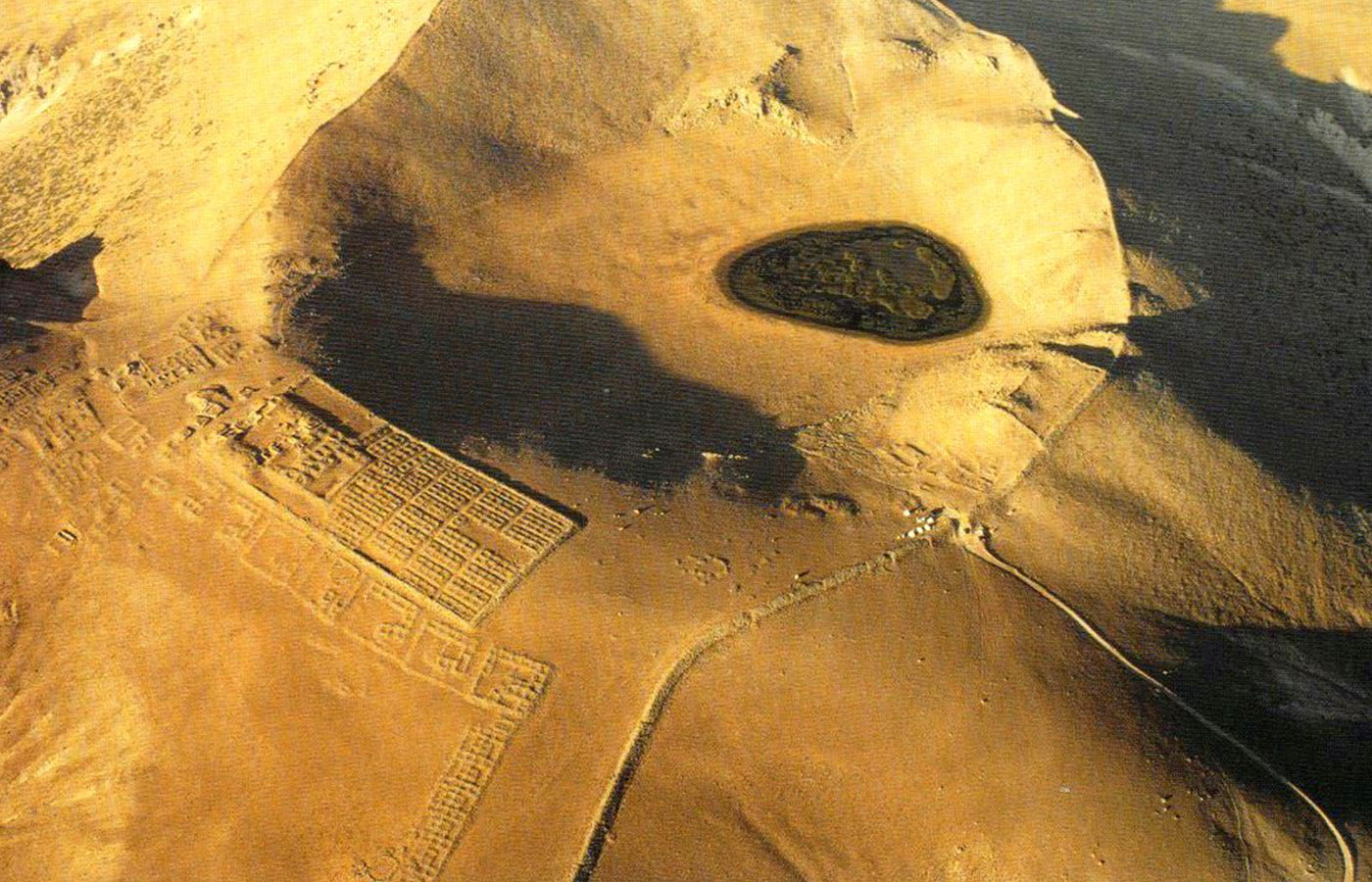 The large fortified town on Mt. Golludag near the village of Komurcu in Golcuk, Nigde, probably belonged to the kingdom of Tukhana.

This fortress, whose ancient name is unknown, lies on the banks of a crater lake at a height of 2172 meters. It measures 1700 by 1000 meters and is surrounded by stone walls with three gates. The high flat area in the center is most heavily built up, and the streets are arranged on a grid plan. Standing out from the rest is a large rectangular building measuring 112 x 228 meters which are thought to be a palace. The monumental entrance in the south facade has been partially excavated, revealing stone reliefs of lions on the exterior and sphinxes on the interior representing guardians of the gateway. Some of these reliefs are partially unfinished. Among the buildings within the walls are megaron houses, which were widely used by the Phrygians, and there is documentary evidence that Phrygian was the language used here. 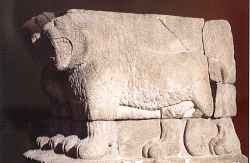 Golludag Lions / Kayseri Museum – These lions supported posts at the entrance to the palace. The diameter of the circular upper surface is 0.47 meters. The second half of 8th century BC. 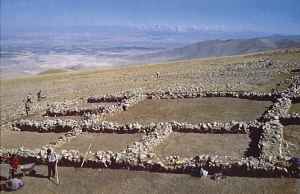 View from the East – The castle reveals a grid system of streets, with the important structure lying in the center at the highest point. The second half of 8th century BC.

Golludag Castle where excavations were carried out by Remzi Oguz Arık in 1934, Burhan Tezcan in 1968-69 and Wulf Schirmer in 1992-94. View from the west, with the crater lake to the east of the castle complex.

This walled town was abandoned after a terrible fire, which it has been conjectured was the work of the Cimmerians early in the 7th century, although there is no documentary confirmation of this theory.